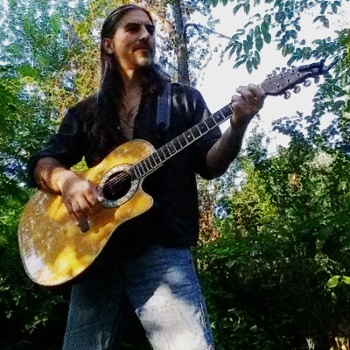 The Reverend
Tom Swiss
and his Eclectic Acoustic Maneuvers

Singing Songs of Love and Other Dangers

Including original music based around poetic lyrics and covers ranging from centuries-old folk songs to 21st century rock and roll, Tom Swiss's eclectic acoustic music was once described by a bystander as sounding like "a combination of Jim Morrison and Jello Biafra". Besides numerous venues in and around Baltimore, he has played at events including the Ellicott City Fall Festival, Wisteria's Cornstalk Festival, the Free Spirit Gathering, the Instant Gratification series of multimedia art happenings, and the Starwood Festival.

I made the big time!...on-line. I'll be playing at Starwood 39.5, the on-line version of the Starwood Festival in the Year of COVID-19. Thursday July 9, 12:30pm. (You need to register for Starwood to see the show...but friends, it is *well* worth it, and not because of me.)

CANCELED DUE TO COVID-19

(YouTube's choice of image is funny here, I'm not really trying to eat the microphone...)

Video from January 3, 2009 performance at the Baltimore Ethical Society:

And a new musical project with an entirely different sort of sound:

Tom Swift and the Electric Monk