Piccolo the Wondermutt was found on May 14th, 1997, on the streets of Baltimore by my friend Denise Cherubini. Piccolo had apparently been hit by a car, and Denise rushed her to the vet.

(Piccolo was named by Denise, not after the instrument, but from the Italian word for "small".)

Piccolo made a full recovery, and accompanied Denise when she moved to New Haven, Connecticut. But Piccolo wanted to play more roughly with Denise's cats than the cats cared for, and her unhousebroken ways didn't sit well with Denise's new landlord. So, the first weekend in June, Piccolo came to live with me.

A few weeks later, it became apparent that Denise had not rescued one dog off the street - she had rescued five! Yes, Piccolo had been pregnant the whole time, carrying four healthy puppies through vehicular assault, exposure, malnutrition, a respiratory infection, and even a case of tapeworm. She gave birth on July 15th. I don't know what type of dog the father was, but the puppies all turned out a lot bigger than she is.

The three female pups were put up for adoption, and found good homes; I keep the one male and named him "Chewbacca". Their adventures in the years since have been many and varied. (I sometimes suspect that Chewbacca's father was Wile E. Coyote.)

They will be sorely missed. 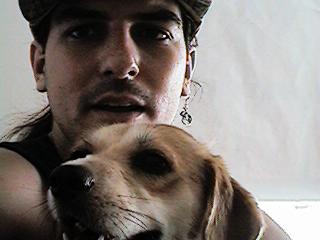 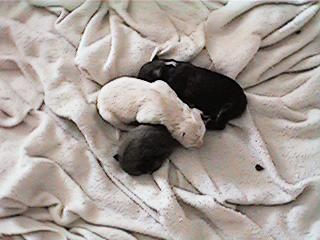 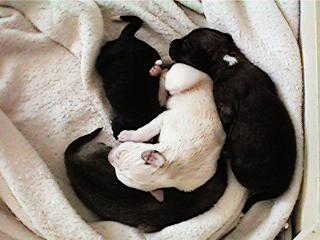 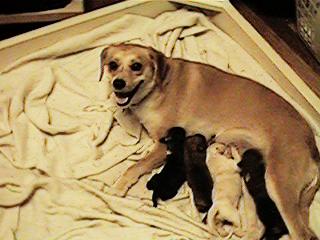 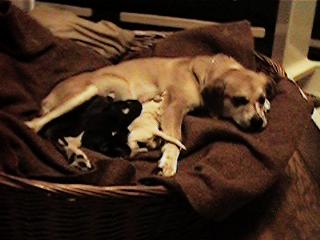 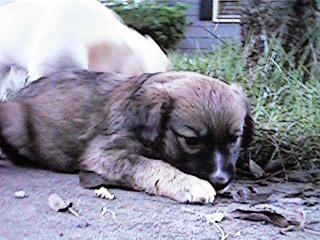 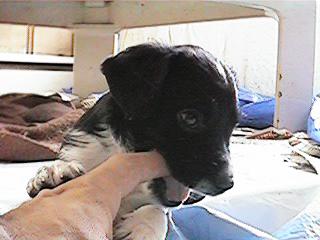 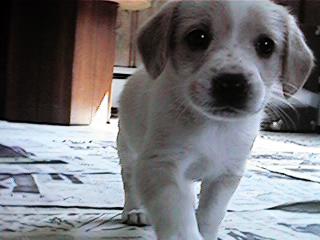 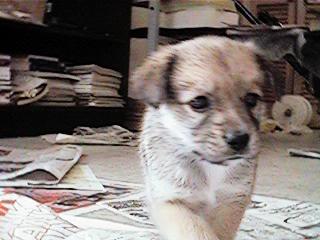 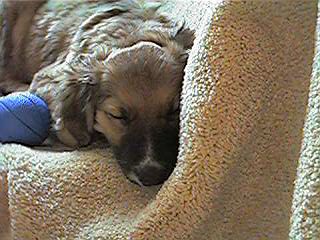 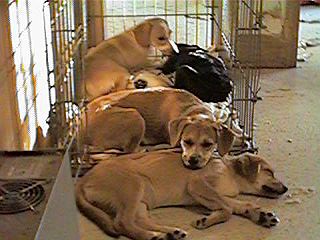 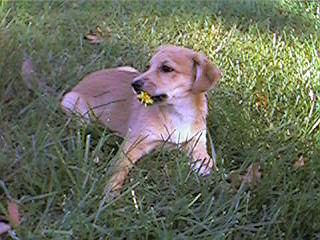 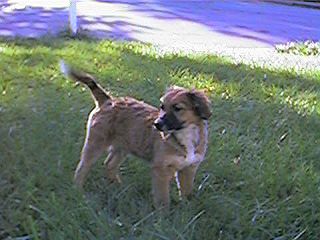 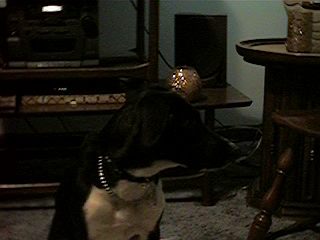 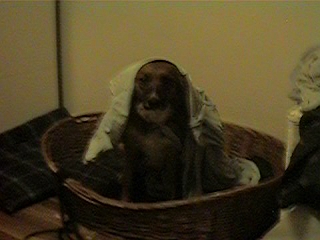 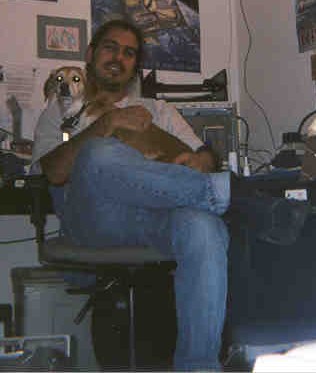 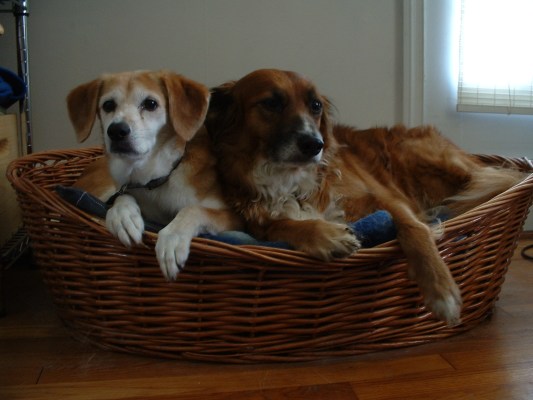 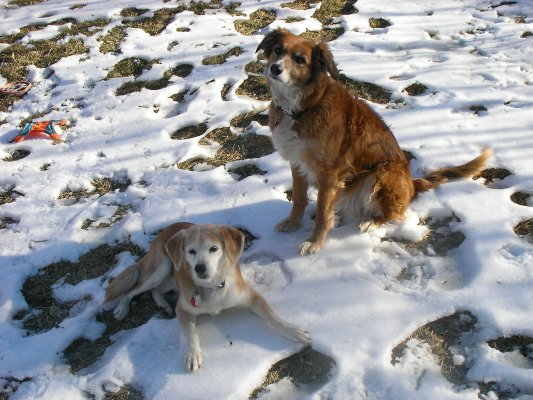